That’s what Viega subjected its fittings to at the Structural Engineering and Earthquake Simulation Laboratory (SEESL) at the University at Buffalo in December 2021. One of only two facilities of its kind in the U.S., SEESL has two 7m x 7m shake tables capable of operating in six degrees of freedom, thus providing some of the best real-world data available when it comes to seismic events. Our fittings were tested in conjunction with:

AC156 establishes minimum requirements for seismic certification by shake-table testing of nonstructural components to be evaluated in ICC-ES. This standard outlines the testing procedure and creates a baseline to measure product performance.

How were Viega fittings tested?

Testing was conducted on two assemblies, designed and built by Viega’s Will Dutcher, Industrial and Marine Sales Strategy Manager, and Bryce Hughbanks, Project Engineer, in conjunction with structural engineers. What started as CAD drawings quickly took shape, cutting to size Schedule 10 and Schedule 40 carbon and stainless pipe, as well as CTS copper, prepping the pipe, hoisting it into place with the help of a crane and pressing it together.

Testing began by pressurizing the assembly up to 200 psi with compressed gas. The lab then performed resonant frequency searches with sinusoidal sweeps from 1.3 to 33.3 Hz in the X, Y, and Z axes. This determines the natural frequency of the assembly and is used in AC156 formulas to determine the required response spectrum (RRS) of the seismic event tests.

In other words, it sets the directions, amplitudes, and frequencies that need to be met to be considered an acceptable test.

Then the shaking started. See what happend.

It began with an acceleration factor of 1.0 with each test lasting at least 30 seconds. Then, after each assessment, the lab confirmed the response spectrum met the criteria of the RRS and was considered successful. Following this, the acceleration was increased from 1.0 to 1.5, then 2.0 (roughly equivalent to a 9.0 earthquake on the Richter scale), which the United States Geological Survey considers to be the highest level required in the most seismically active areas of North America.

After getting through all three levels to pass 2.0, we purged the system, filled it to 300 psi with water, and ran all the tests again, starting from scratch with the sinusoidal sweeps because the weight and frequency changes when the system is filled with water. Viega fittings passed the testing with water at the 1.0, 1.5, and finally 2.0 at 300 psi.

After all was said and done, the fittings had withstood six seismic events, including two approximately 9.0 earthquakes! 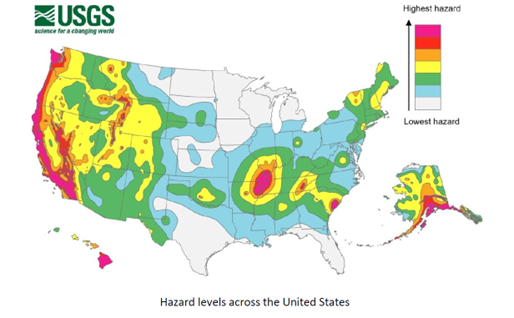 Why is seismic certification important?

Viega is the first and only press manufacturer to be able to say its press products in copper, carbon steel, and stainless-steel, including valves, have passed the highest U.S. seismic standards, and after recent testing have increased its rating to 200 psi for air and 300 psi for water.

Clients in earthquake-prone areas, including those in the critical healthcare and industrial sectors, can use Viega fittings with confidence knowing that they have met the highest seismic standards. Healthcare facilities, including hospitals, clinics and long-term care facilities, depend on plumbing systems to provide crucial care. Having systems that can withstand an earthquake can mean the difference between life and death.

Seismic certification is also a demonstration of Viega’s ability to handle the harsh environments often seen in industrial applications, regardless of whether they’re in seismically active areas. With pumps and actuators alternating flows, heavy vibration, and large equipment being moved around, Viega’s suitability in handling these demanding conditions is demonstrated by this recent seismic testing, as well as its success with ASTM F3226, which includes 9 million vibration cycles at 3 different amplitudes and frequencies.

END_OF_DOCUMENT_TOKEN_TO_BE_REPLACED

Tools & Tiaras: Viega Helps Girls Get the Confidence to Step Outside the Box

END_OF_DOCUMENT_TOKEN_TO_BE_REPLACED

3 Tips to Avoid Deflection When Pressing